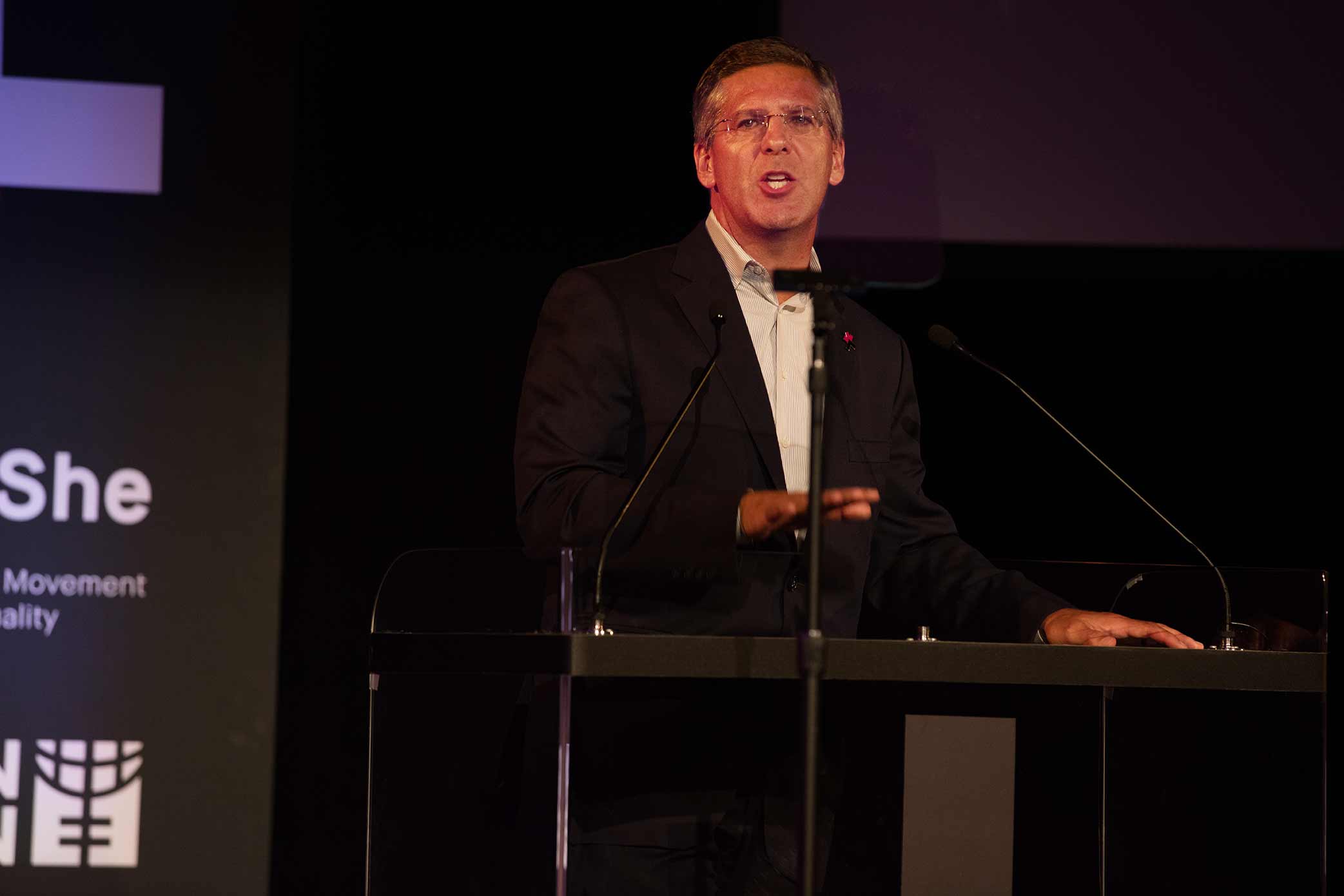 Moritz announced that his firm has already seen big progress since joining the IMPACT 10x10x10 initiative in 2015. "In January, PwC’S global leadership team was made up of 20% women. Today, PwC’S global leadership is made up of 44% women," Moritz said. “That’s progress and it’s something we are proud of. But it didn’t happen overnight and we have a tremendous amount of work still to do."

Moritz also spoke to the numerous ways that PwC is working to advance gender equality, including through its HeForShe commitments. For example, he said the company’s first commitment was to get 80,000 PwC men to sign on to HeForShe over a three year period. “About one year in, almost 25,000 PwC men have already taken the pledge, and about 53,000 PwC men, women, clients and friends of the firm have committed to HeForShe," he said.